The pre-release season for Penfolds hits the pointy end on October 18 when 19 new wines officially go on sale. It will have been a fortnight since the global embargo lifted for critics around the world to offer up their thoughts after months of secret international tastings for media and trade. 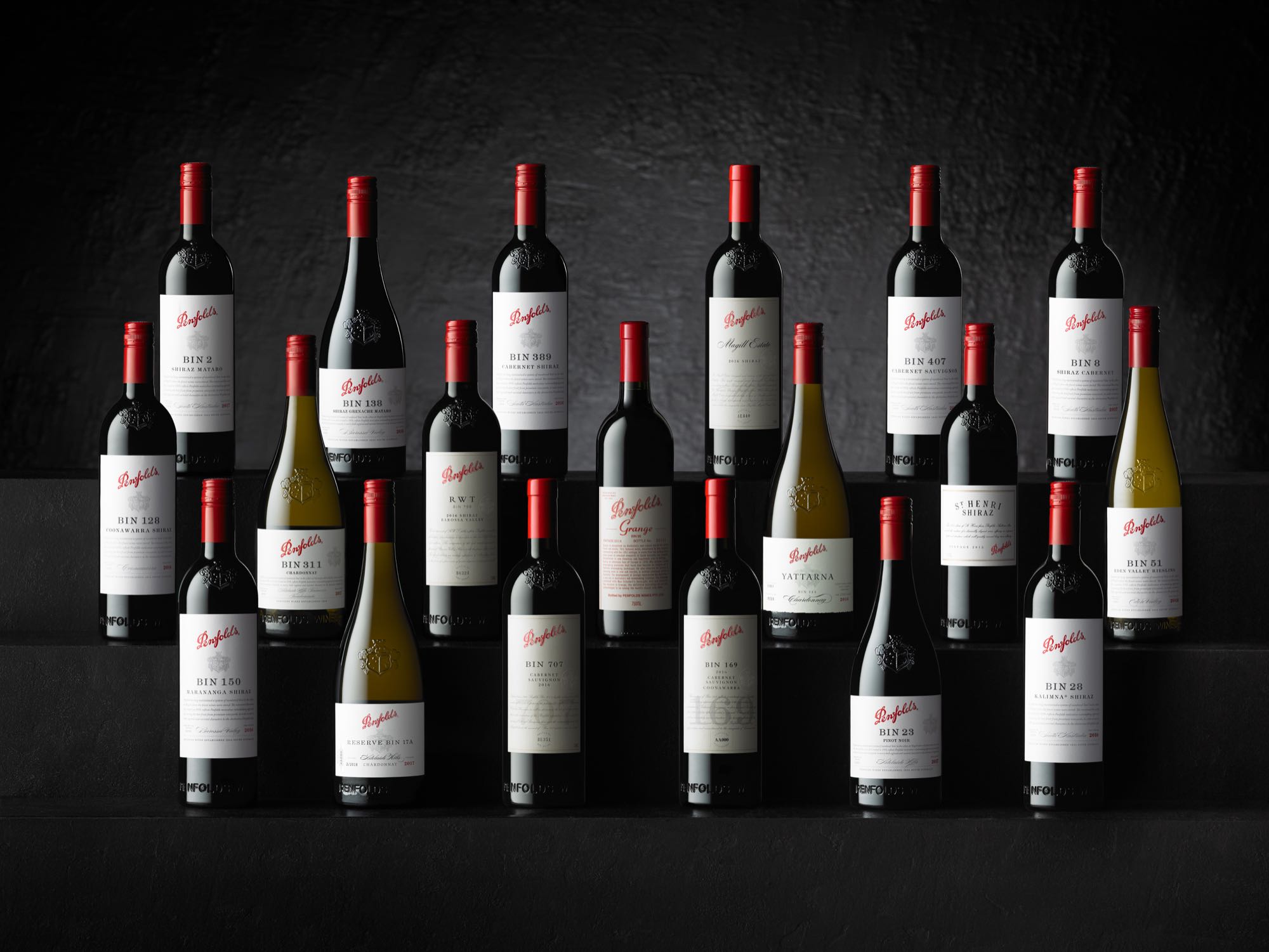 Curtains have been raised and points rolled out on the reds and whites that have become frontline ambassadors for Australia’s – and for most in the portfolio, South Australia’s – global wine reputation. The headlines traditionally focus on Penfolds Grange, the most famous Australian red wine. This year it’s from vintage 2014.

The Penfolds Collection 2018The whole range however, stretches across five vintages, the most recent being the Bin 51 Eden Valley Riesling from 2018. Chief winemaker Peter Gago flippantly says it’s “the good, the bad and the ugly” across those five years, but there’s nothing of the bad nor the ugly in any of these iterations.

There might be some curiosity and uncertainty about some of the Bins, but there’s plenty of goodness to go around as well. There’ll also be another round of chatter about the prices, not just of the latest Grange release but most of the others in the portfolio.

The 2014 Penfolds Grange now costs $900 a bottle, up $50 from last year’s retail setting. Others in the release collection have risen just $5, while the biggest price hike is $100 extra for a bottle of the latest Penfolds 2016 Bin 707 Cabernet Sauvignon, up to $600. It’s a moot point, says chief Penfolds winemaker Peter Gago.

“You can’t deny that there will be price rises,” Mr Gago says. “It’s the way of the world with how these wines benchmark globally and with the supply and demand. “The prices reflect the globalisation of the wine market at that end of the market.” International demand for Penfolds products continues unabated, Mr Gago says, and the company simply can’t supply enough of its top-end wines like Grange, and Bins 707, 407 and 389. In many cases, the wines are snapped up by buyers and collectors before they even hit the shelves of retailers, both here and overseas he says. Come October 18, there might be allocation pressures in your local bottle shop if you’re keen, which may mean you can’t immediately score the big guns, Grange and Bin 707 especially. But there are many next best things in the range, and arguably quite a few that offer comparative better value for money.

The collection is as strong as ever and even taking into account the classic Penfolds full and robust manner of wines designed to mature over many years, there’s a greater level of diversity in regional and singular styling, more medium bodied design and further recognition that the whites in the collection are demanding equal footing with their more famous reds.

Let’s start with that new vintage Penfolds Bin 51 Eden Valley 2018 Riesling ($40), which smells straightaway like lemon cream, perhaps also classic EV lemon tree florals before readjusting its citrus profile to hit pure lime juice when you first taste it. The balance is key: pithy acidity and not overly razored, moving in and out of granny smith apple flavours, mouthfeel and crunch as you sip. You know it will mature for a decade, but it screams to be poured and drunk right now and over this summer.
Now jump to the chardonnay that is kicking all the goals even before release. That would be the Penfolds Reserve Bin 17A 2017 Chardonnay from the Adelaide Hills ($125), a singular regional design while its sibling 2016 Yattarna is built from four sources, Tasmania, Henty, Adelaide Hills and Tumbarumba and rocks in at $175/bottle. The Bin17A scored the major trophies at the recent Royal Sydney Wine Show – well chosen IMHO. Whole bunch pressed, part natural ferment, and 40% new oak that has been soaked up immaculately to add a sophisticated oak/cashew/flint matrix around its typical regional white stone fruit flavours. Settle down into the sipping and you’ll reveal delicate saline notes as well, perhaps a whiff of exotic spices as well. Tremendous.

Another highlight has been the coming out of the Penfolds 2017 Bin 23 Pinot Noir ($50), which demands serious diversionary time away from the usual set of shiraz, cabernet and combinations. This vintage outing says “watch out” more than ever when it comes to this Adelaide Hills creation, echoing with cherry and flowering herbs, then wilder thyme-flavoured mushroom notes, freshly ground earthy spices, all rising with savoury and subtle gastronomic bitter senses from faint charry oak and 15% whole bunch stem elements. Delicious and quite seductive.

A couple of other thoughts: If you can’t see yourself spending $600 on a Penfolds 2016 Bin 707 Cabernet Sauvignon, then do go for the Penfolds 2016 Bin 407 ($100), a blend of five SA regions that delivers beautiful varietal aromas and palate harmony, classic black fruits mixing with subtle herbals and crumbled earthiness. It’s all about textured and structured integration and refinement rather than firmness or full to heavy bodyweight. A fabulous cabernet and possibly the best value buy in the collection. Though, on that score, think seriously about doing your shiraz sums in comparison to one bottle of $900 Penfolds 2014 Grange.

Start with the 2016 Bin 128 Coonawarra Shiraz ($60), a cooler climate, still quite tight and another great example of that region’s 2016 shiraz brilliance. 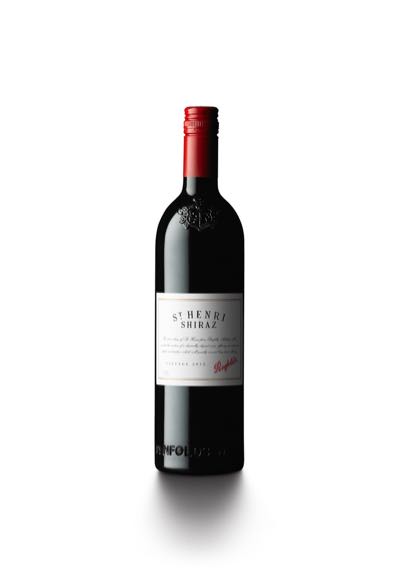 Then add in as many Penfolds 2015 St Henri ($135) as you can, seven regions in total in one bottle, 93% shiraz plus 7% cabernet, and a wine that shines and fascinates, open and direct in style, less in oak impact than other variations in the portfolio though still showing a natural high percentage cacao note – and bloody slurpable now though with renowned cellaring reputation.
And one for the road – invest also in the 2016 RWT Barossa Valley Shiraz($200) which screams in tandem both Barossa and Penfolds with every waft and taste. It’s a big hearted yet gentle giant of a shiraz that hangs in your sensories for seemingly ever.

And then there is Penfolds 2014 Grange at $900, undeniably Grange in its approach from start to finish, a powerful band of 98% shiraz and 2% cabernet from six SA regions that has spent 20 months in 100 per cent new American oak hogshead barrels.
It’s all rich, black fruit flesh seasoned with savoury dark spices and notes of cut down olive bushes and sage in the flavour zone. It’s solid gold Grange in body as well as soul, yet chamfered and measured, even subtly minerally but with no hard edges. It’s a waiting game now like always – drink now in an hour of power or for a special celebration in 10-25 years. NOTE: A shorter version of this article appeared originally in The Advertiser on October 4, 2018.